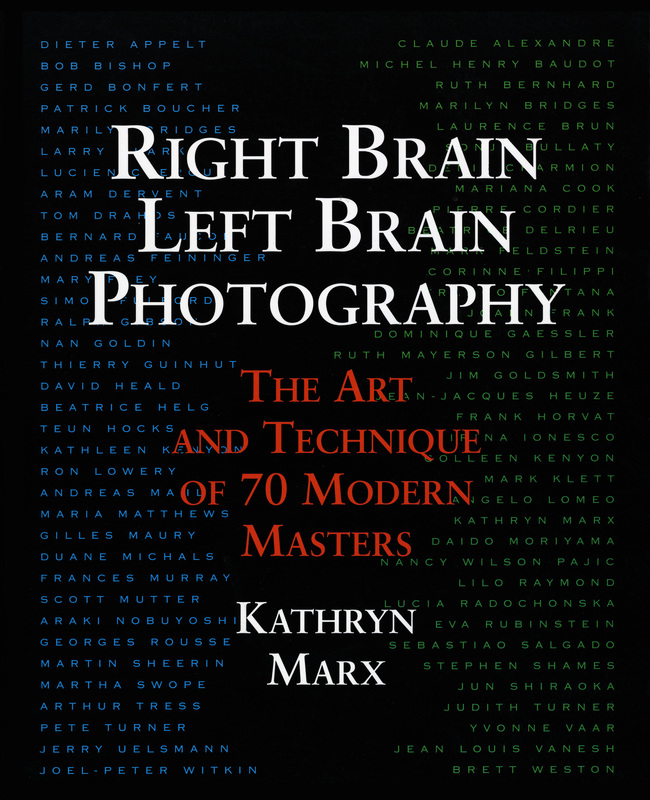 Altough you might not be aware of it, many of your photographs are pictures of your emotions. For this exercise, don’t analyze or define your emotions ; you should simply visualize them. This is particularly important if you’re feeling a peak of any emotion. Grab your camera and shoot. Be sure to have at least one roll of black-and-white film and one roll of color film with you.

Feelings are in a special realm. They can be affected by your thoughts but not necessarily defined or clearly described. So for a photographer, such as Lucia Radochonska, whose work is defined by the luxury —and difficulty— of working in this nonverbal mode, putting emotions on paper can be a purely abstract and impulsive means of self-expression (below).

This photograph is the first of the series which I did of a hand in water. I twas only after the series that, little by little, I discovered the explanations for the work that I did. At the time, I didn’t have to make any great efforts to find my model, and the water was rainwater collected in a large dark can in the garden. The model for the hand was my father-in-law, who lived next door. However, my father-in-law’s hand trembled from old age, and he had to exercise a great deal of self-control to take control of the trembling. This contributed to the serious nature of the photograph, which was built into the picture as soon as i twas taken. Afterward, when I looked at the images, I was greatly surprised to find how they corresponded to my ideas of a world which is worrisome and unknown. 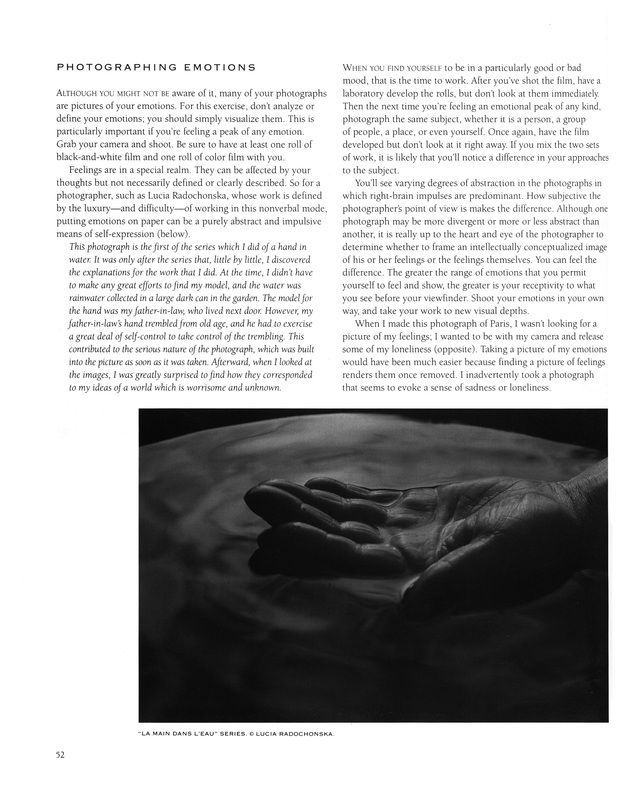